Why should you try this unpronounceable stout?

By Frank About Beer in Beer Reviews on June 13, 2017
No comments
Ordering Death of Cthulhu by Adroit Theory Brewing is a major pain in the ass.

Unless you’re a fan of H.P. Lovecraft’s 1928 comic, “Weird Tales” (or a scholar of Greek), you really have no idea how to pronounce it. I nearly got flagged for sounding too drunk just trying to say it. Fortunately, the bartender at Market Tavern knows me well enough, and took mercy on me. The nearby crowd a few seats away, however, reveled in their friendly, yet merciless, teasing.
And that’s okay, because with an alcohol content of 12% ABV, you’ll quickly become oblivious to all that troubles your soul.
Death of Cthulhu (DOC) is an Imperial Stout, so it’s a big, strong beer from the start. Imperial Stouts were originally brewed by the British (who, at the time, made the best stouts) for the Russian czars. Since the Russians had a higher tolerance for alcohol, the Brits were requested to make them a bit boozier than normal.
With that in mind, Adroit theory ages this stout in bourbon barrels from Heaven Hills. Then age it in Catoctin Creek Maple Brandy barrels. This, of course, is AFTER they’ve brewed it with marshmallows and seaweed (for saltiness to bring out the sweetness). 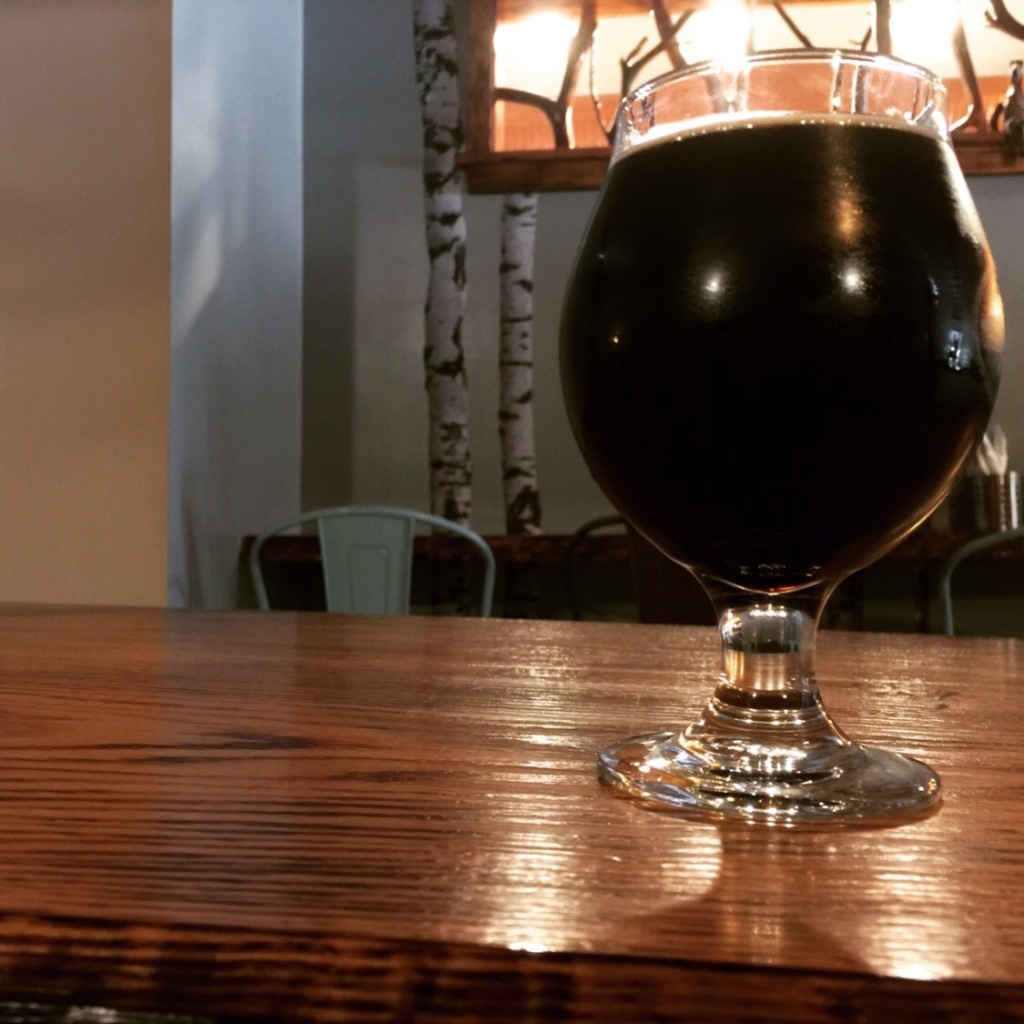 This stuff is, “WOW,” in a glass.
Seriously – you get a lot of vanilla, hints of chocolate, a bit of that marshmallow flavor, and a deceptively light boozy taste. It’s there, but it’s really not overpowering and actually is very smooth, and very rich. This is nice to sip on its own, but would really make a good dessert beer with a scoop of vanilla ice cream or creme brulee.
Normally, this isn’t one I’d recommend to casual beer fans, but DOC has such a rich, smoothness to it, and complex flavors, that it’s one to try (or share). You barrel-aged beer geeks are going to lose your mind over this one.
Unfortunately, at 12%, I hit my limit at one of these, but it’s such a quality beer that I’m interested to see what else this brewery can do. And I am definitely looking forward to that adventure.
Cheers!