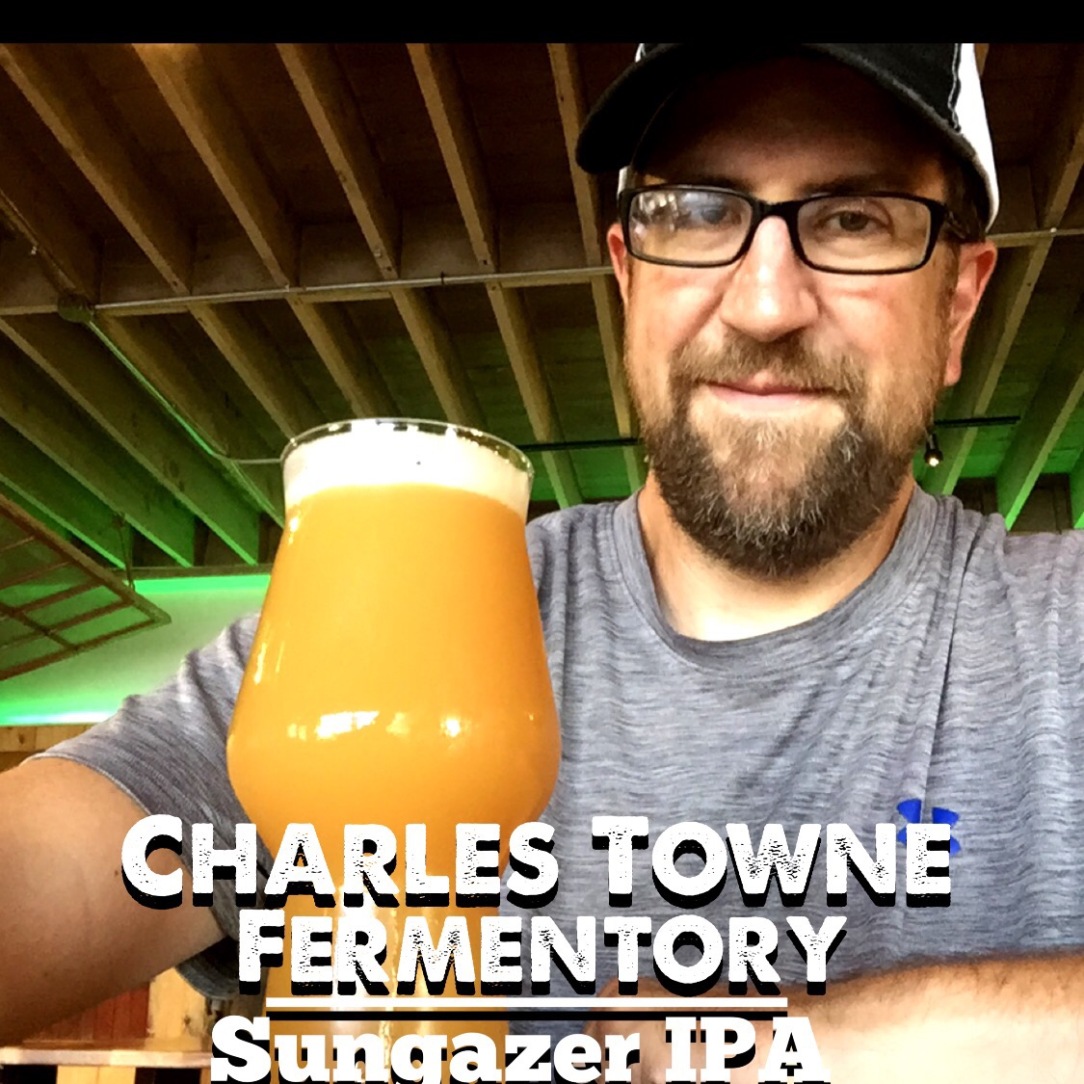 A bright and sunny IPA

By Frank About Beer in Beer Reviews, Brewery Visits on August 29, 2017
No comments There are a lot of great breweries and craft beer that come out of our home state of Maryland. Many of which have become my go-to beers not only because the beer is fantastic, but because we now know many of the people who are actually brewing them.

And while I’d be perfectly happy exclusively drinking beers from my home state, it’s really nice to get out and try beer from other regions. Sure, you can get it shipped in from all over (depending on the size and distribution of the breweries), but finding the little breweries that local love is sometimes a rare treat.

Granted, I’ve had some really terrible ones, but occasionally, one really surprises you and, quite often, you’ve never heard of it until you stumble across it, or have a local whisper it in your ear.

Thus is the case with Charles Towne Fermentory outside of Charleston, South Carolina.

This little gem was actually referred to me from one of our fans ( thanks, Abbey!) who stumbled across it with her husband while passing through town. She liked it enough to actually send me a message to go find it while we were making a quick trip there. And find it I did!

It’s located in what looks to be an old service garage that’s been cleaned up and painted. The tables are made of these really cool, antique doors, and there’s a full kitchen that has a rotating schedule of some of Charleston’s finest chefs (on this afternoon, we had some amazingness from Persimmon Cafe).

We tried several of the beers, including a couple of tasty saisons and a dry, chocolatey stout, but the one that I came for was the Stargazer IPA since it came HIGHLY recommended.

Stargazer, brewed and timed for release during the solar eclipse this past Monday, is an unfiltered New England-style IPA. NE IPAs, shorthand for New England, is a newer style of IPA that appeared around 2004 when the highly regarded Heady Topper was first released by The Alchemist Brewery in Vermont. But the style has really come into vogue over the last year or two.

They’re typically unfiltered, giving them a hazy, opaque look (sometimes similar to orange juice). The flavor is usually very fruity and citrus-like, but with a less bitterness and a finish that’s not as dry as other IPAs.

Brewed in Charles Towne’s 15-barrel setup, Stargazer poured into the glass as a VERY hazy, almost opaque orangey yellow color with good carbonation. In fact, it almost looks like orange juice, but its alcohol content of 6.8% ABV would quickly make you realize it’s not.

Fortunately, it tastes similar to what you think it might. It’s brewed with Citra hop powder (to give it the citrus fruit flavors) as well as another hop variety called Vic Secret (an Australian-developed hop that adds hints of pineapple and pine), so you get a lot of citrus and fruit flavors going on. I mostly picked up orange and lemon flavors, but the overall taste is a nicely balanced sweet and sour experience that ends in a somewhat dry finish.

Honestly, I’m not a huge fan of the aesthetics of these unfiltered beers, but the taste and slightly thicker body makes for a really nice glass of beer. Charles Towne’s other beers, by comparison, were really quite tasty and were probably the best I was able to find throughout the coastal part of the state. The beer there is great, and so is the vibe, and it would be one of my regular haunts if I lived there.

Bottom line – if you’re in the Charleston area, definitely check out the brewery and their IPAs (and the stout…). You’re unlikely to find them outside of the area (and maybe not even outside the brewery), but brewers Adam and Justin are really putting out some great beer as shown by this Sungazer IPA.