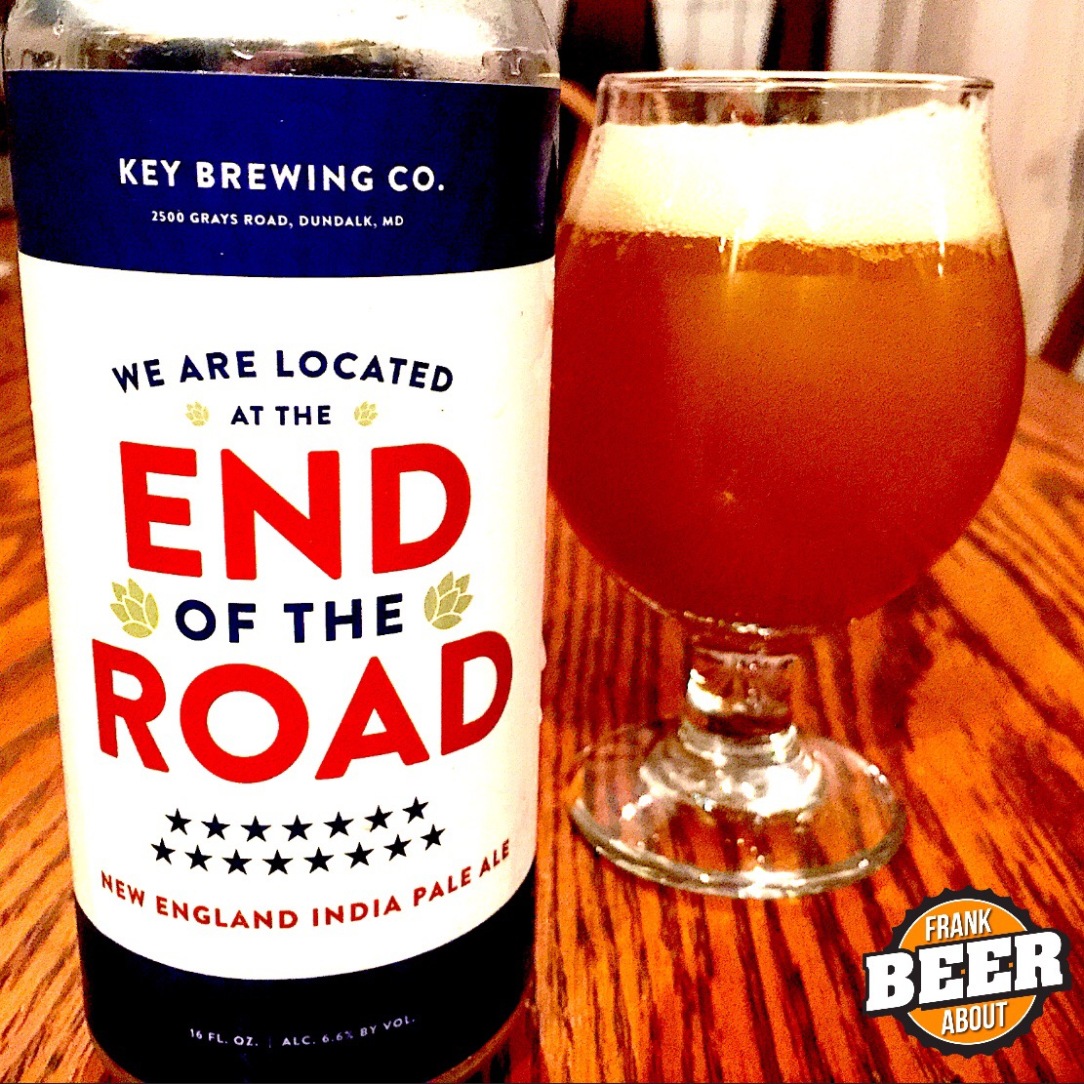 By Frank About Beer in Beer Reviews on November 2, 2017
2 comments

(Full disclosure: Key Brewing gave me two, pre-release cans of End of the Road IPA for taste tasting for this article.)

For those of you too young to remember, there used to be fun puzzles for kids that came in the form of “decoder rings”.

Most widely remembered from the Little Orphan Annie ones from the movie, A Christmas Story, they provided clues that would reveal a secret answer once all the clues were collected. Kids loved them.

So what does this have to do with a craft beer called End of the Road IPA from Baltimore’s Key Brewing? According to co-owner Spike Ogden, “You’ll have to wait and see.”

While initially being a bit dodgy with an answer, Ogden eventually revealed that End of the Road is the first of a series of special releases that, when read together, will reveal a secret message that only makes sense if you have all of the cans together.

So what is End of the Road (EOTR)? It’s Key’s newest NEIPA, following on the heels of their successful One for the Thumb released a couple months ago.

As you may recall, NE IPAs, shorthand for New England, is a newer style of IPA that appeared around 2004 when the highly regarded Heady Topper was first released by The Alchemist Brewery in Vermont. But the style has really come into vogue over the last year or two.

They’re typically unfiltered, giving them a hazy, opaque look (sometimes similar to orange juice). The flavor is usually very fruity and citrus-like, but with less bitterness and a finish that’s not as dry as other IPAs.

EOTR pours into a glass as a cloudy, dark gold color. As expected, it has good carbonation and, at 6.6% ABV, the alcohol content is pretty manageable.

Being double dry-hopped with Azacca and Citra hops (which give off fruit flavors) and Hallertau Blanc hops (an earthy hop variety known for its strong aroma) late in the brewing process, the hops flavors in this beer are HUGE.

Actually, it’s the aroma that first draws you in. As soon as the can is cracked, a big, grassy, hoppy smell slices through the air right to your nose. You’ll still smell it once it’s in a glass, but that initial aroma is awesome.

As you’d expect, there are a lot of citrus flavors, particularly heavy grapefruit & lemon, and a bit if that earthy, grassy flavor that we smelled earlier. The taste is good, but quickly turns into a bitter, hoppy finish that, if you’re into DIPAs, is right up your alley.

For my taste, I think it could maybe use a little more malt flavor to balance it out. However, this is really just me being a tad picky, and wouldn’t keep me from drinking more of these. Tasting the complexly layered hop flavors is totally worth it.

Much like the elusive clues hidden on the label, this beer will be hard to find. In fact, this will ONLY be released in cans at Max’s Taphouse on Saturday, November 4th and, based on previous experience, you’ll want to get there quite a bit before the 11am opening.

After all, the End of the Road is really just the beginning.

2 comments on “Key Brewing: End of the Road NEIPA”