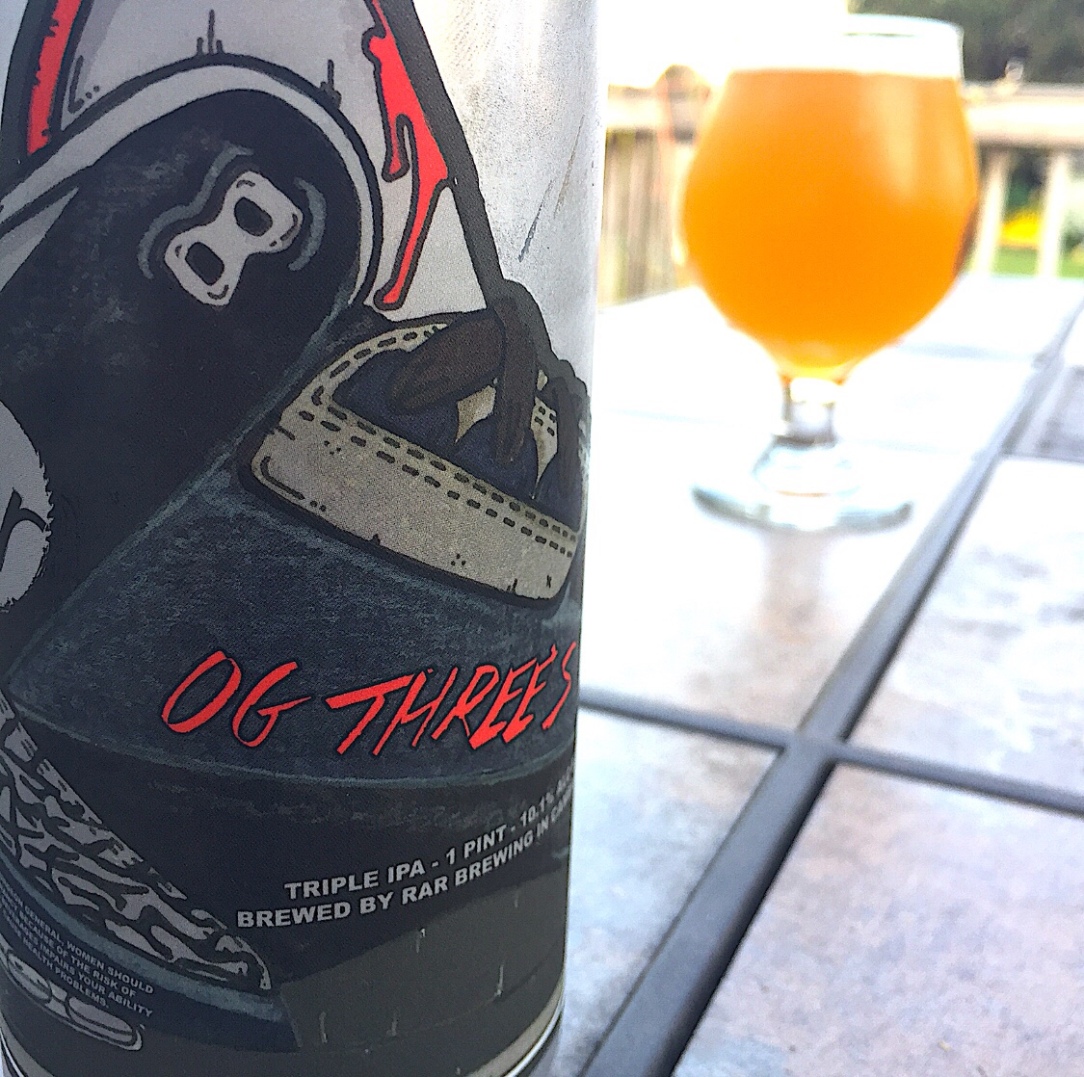 A rare one – but worth the wait?

If you’ve been around Maryland beer for the last few years, you’ve likely seen beers from RAR Brewing in Cambridge.

Because of their somewhat isolated location (almost to the east coast of the state), you’ll typically find cans of their Nanticoke Nectar IPA, or Groove City Hefeweizen. And they’re great.

But the beer geeks know that some of the hidden gems are their small-batch releases. To get them, however, requires a commitment that rivals days of my youth when I’d camp out on sidewalks overnight for concert tickets. And, for me, a two-and-a-half-hour drive.

So when a fan of ours, Brian, dropped me a line to offer me one of his, I jumped at the chance.

What he gave me was a pint-sized can of their OG Three’s Triple IPA. I’m a big IPA fan, so I was excited to get it home to try it. 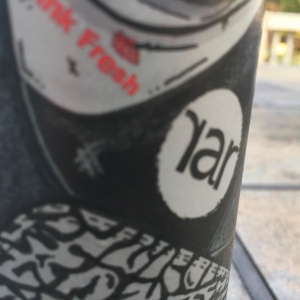 So what is a triple IPA? You’re likely familiar with India Pale Ales (IPA), which are quite common here in the United States, along with double IPAs (also sometimes called Imperial IPAs) which have increased hoppy bitterness and have recipes designed to increase the alcohol content. Triple IPAs are more of EVERYTHING – more hops and more alcohol – sometimes even getting up to 18% ABV.

OG Three’s clocks in at a big, 10.1% ABV, so it’s on-target for the style. It pours a hazy amber color, with good carbonation. 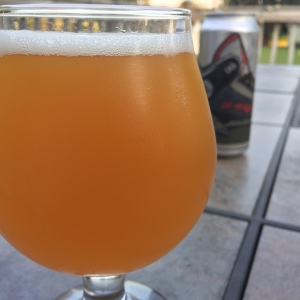 IPAs can come in a variety of flavors – citrus, grass, pine, and flowers just to name a few – and this one has a strong, fruity smell from the dry-hopping late in the brewing process.

And then there’s the taste. Lots of tropical fruit flavor including sweet orange, a little lemon, and maybe some mango? There’s a lot of deliciousness going on, and it’s balanced out by an accompanying sweet, malty flavor with a very slightly bitter aftertaste.

In fact, it’s deceptively easy to drink. It goes down like a mimosa, but that 10.1% alcohol content will catch up to you quickly. My advice is to savor it, which you’d happily do because it’s delicious.

Availability is a bit hit-or-miss, as RAR brews it “occasionally” (according to their website), but if you see it, and love IPAs or NEIPAs, GET IT. Do not pass it up.

Got a favorite Triple IPA we need to try? Drop us a line or leave it in the comments. It’s one chore I’m happy to do.